Having Been Voted Best Fleet, this came out: 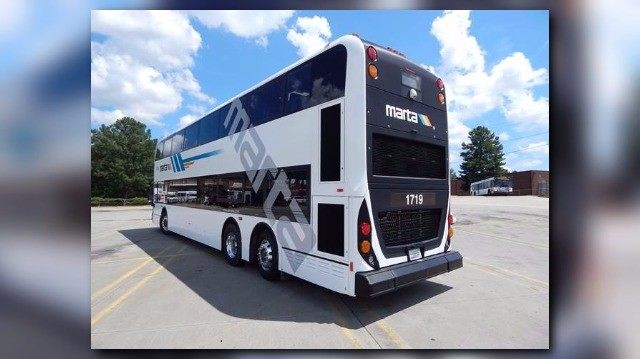 “This investment in DeKalb County transit infrastructure and rolling stock will begin to bring more service into south DeKalb County, while also improving the emissions with cleaner CNG fuel and improving our rider experience from the central into the eastern and southern segments of our county,” said DeKalb County CEO Michael Thurmond.

MARTA was awarded $3.6 million in funding for buses that will expand capacity in central and south DeKalb County. The funding from the Federal Transit Administration will upgrade and replace 40-foot diesel-fueled buses with 60-foot Compressed Natural Gas buses. The new and environmentally friendly buses will be stationed in central DeKalb County at the Laredo Bus Depot in Scottdale. They will be used to enhance service on MARTA Route 121, which connects riders to the Avondale Station and the city of Stone Mountain. The bus route travels the Ponce de Leon Avenue corridor and is one of DeKalb’s most heavily used routes.

“As we build out More MARTA across the region, we will continue to partner and enhance existing service options with the jurisdictions in our core service areas. Our goal is to simply become and maintain the status of being one of the best transit and transportation systems in the nation,” said MARTA General Manager and CEO Jeffrey Parker.

“This grant will allow MARTA to provide more service in DeKalb County, along one of our busiest routes,” said MARTA Board of Directors DeKalb County representative Frederick L. Daniels.

The county, in partnership with DeKalb Municipal Association, has also engaged the Atlanta Regional Commission to produce a Transit Master Plan to provide a comprehensive vision for public transit in DeKalb. The Transit Master Plan will review additional public transportation service expansions and serve as Phase I of the DeKalb Comprehensive Transportation Plan Update that will be completed in 2019.

“The DeKalb Fleet Management Department exemplifies all that is right about public service,” said Tom C. Johnson, founder of the 100 Best Fleets in America program. “The county has developed best practices that reduce the need for unscheduled repairs, maintenance costs and negative environmental impacts.”

“DeKalb County is pleased to recognize the leadership of Robert Gordon, deputy director of fleet management,” said CEO Michael Thurmond. “His commitment to excellent service, environmental stewardship and creating a high-trust culture is an example for all of us to follow.”

Fleet Management which is part of the Department of Public Works includes 1,600 full- and part-time employees and a budget of $460 million.

“We keep DeKalb rolling,” said Deputy Director Gordon.” Winning the 100 Best Fleet Award shows that the county is providing value to the citizens we serve and that we are focused on doing the right thing.”

Started nineteen years ago, the annual 100 Best Fleets in America program recognizes high-trust, high-performance fleet operations in North America and Canada. Criteria for the award includes use of technology, performance, collaboration, service turnaround time and accountability. This award was recently announced at the NAFA Institute and Expo. For more information, visit http://www.the100bestfleets.com.

Fugitive Arrested in Decatur
The man is now facing a litany of drug and other charges; traffic and college classes were temporarily interrupted due to the arrest.
By Justin Ove (Patch Staff)
http://patch.com/georgia/decatur/fugitive-arrested-decatur?
March 20, 2015 at 3:01am

DeKalb County sheriff’s deputies were able to track down and arrest a fugitive who was wanted on over a dozen criminal charges in a joint operation on Thursday afternoon.

Randall Washington was taken into custody without incident in the vicinity of Memorial Drive at approximately 2:30 p.m. Thursday, a DeKalb County Sheriff’s Office statement said. Sheriff’s deputies were joined in the operation by DeKalb police, U.S. Marshals, and Georgia Perimeter College police.

In order to minimize the danger to the public, traffic within a several block vicinity of Memorial Drive was intentionally slowed, the sheriff’s office said. Georgia Perimeter College also instituted a temporary lockdown while the operation was ongoing.

Just a Farmer & Farmher, inspiring others to live the homesteading dream!

For Dog Lovers Only

Where we keep you up to date with the latest information in the 2A community!

Rehabilitation is an attitude.

Where Deplorables Hang Out

Pacific Wild is a conservation voice dedicated to ensuring that the Great Bear Rainforest remains one of the planet’s greatest cradles of biodiversity.

Save the Gray Wolves
Red Wolves

an animal's eyes can speak a great language

by not killing them.

you reap what sow